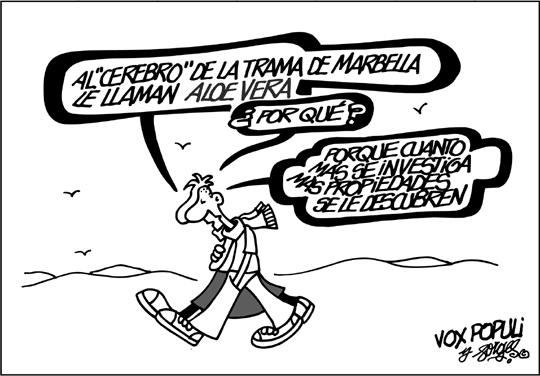 THE HOLY EARTHLY TRINITY OF LUSTFUL VATICAN AND WORRIORS OF GOD.

THE HOLY EARTHLY TRINITY OF COLEGIO RETAMAR FOR ASSAULTS ON REASON.

THE HOLY EARTHLY TRINITY OF COLEGIO RETAMAR FOR ILLEGAL FOUNDATIONS.

SANTIAGO ESCRIVÁ DE BALAGUER is the NEPHEW of the SUPPOSED SAINT who founded the HOLY SUPREME MAFIA OF OPUS DEI and who was the MARQUIS of PERALTA. He spent some years at my orders as a LEARNER at the distinguished school COLEGIO RETAMAR in MADRID. He was eleven when he showed a ROSARY that his UNCLE has given him to continue his TEACHINGS. The mentioned LEARNER has become a DOCTOR and WORKS for ADESLAS in MADRID. I have spent my professional life on EDUCATION for THIRTY THREE YEARS, but under STRANGE and ILLEGAL CIRCUMSTANCES I was FORCED to have my PRE RETIREMENT at acceptable ECONOMICAL CONDITIONS, but UNHUMAN STATUS and IMMORAL PROCEDURES, by the actual GENERAL DIRECTOR of the mentioned ELITIST SCHOOL, JOSE LUIS ALIER. LORD BLACK MONEY and ILLEGAL FOUNDATIONS are TWO WAYS of the 999 WAYS of the HOLY SUPREME MAFIA of OPUS DEI. I have been handed by the SHERRIF thirty seven thousand EUROS in SAVIOUR COLOURFUL MONEY and then continue having HOLIDAYS for five years with FULL PAYMENTS. GOD CHRIST differes than GOD MONEY. You see that OPUS DEI works for both GODS. POORNESS does not make the GOOD. POWER makes the GOOD for OPUS DEI and the VATICAN PLANET which is controlled and governed the followers of who was the MARQUIS de PERALTA. MONEY is a mean of CHANGE, but for OPUS DEI is a mean of POWER to change the WORLD.
I have been born FREE to have FREEDOM on the LOVELY STAGE of LIVE. I have never punished my students on their FREEDOM of THOUGHTS, but OPUS DEI has done all its best to PERSECUTE me on different fields of LIFE. It has been a MODERN CRUSADE and an OPUSDEIST HOLOCAUST, but I have never been FRIGHTENED to give up before the THREATS and INTIMIDATIONS. OPUSDEISM has been SUPPORTED by the SPANISH FASCIST POLICE and BUSHITLERIST JUDGES for a lot of YEARS. I was alone before the DANGER, but JUSTICE was on my SIDE and it has been ENTIRE STRENGTH. BIN LADENIST TELEF"NICA de ESPA'A has put all its COMMUNICATION ARMAMENTS at the SERVICE of the OPUS DEI HOLOCAUST. I have been KIDNAPPED at HOME in the DARKNESS and five means COMMUNICATIOS at home have been CUT OFF. SANTIAGO has made SATANIC use of my LONELINESS and PLANNED an attempt of HOMICIDE to give end to my CONSACRED LIFE. He has sent DOCTOR SUÁREZ to my HOUSE on his OWN BLOODY RISK, whithout my KNOWLEDGE and without a PERMISSION of ADESLAS. I have been informed at that moment about everything related the HOMICIDE ATTEMPT. The FASCIST SPANISH POLICE and the BUSHITLERIST JUDGES have KEPT their ARMS in CROSS, praying the THREE HAIL MARY and OUR FATHER IN HEAVEN to SANCTIFY their ACT of MURDER.
It is a great SHAME on the CHRIST that OPUS DEI has CLONED. The WOODEN CROSS that OPUS DEI is used to put on the WHATEVER CHRIST they WISH and WHENEVER they WANT. CHURCH SCANDALS have rocked the VATICAN IMPERIAL PLANET, due to the ECCLESIASTIC MARRIAGE between the MEDIEVALIZED POLISH PAPACY and the FOLLOWERS of who was the MARQUIS of PERALTA. That TITLE has been bought and the SAINTLINESS has been FINANCED until ETERNITY. RATZINGER BIN BUSHITLER has given WAY of the 999 WAYS of the WAY to the DEVILS to enter and share the CONTROL of the VATICAN PENTAGONAL PLANET. The VATICAN and the OPUS DEI WALLS are not so THICK any more and DIRTY CLOTHES are WASHED everywhere. YOU neednt wash your clothes in "CASA" in INVISIBLE CASSOCKS, unseen BURKHAS and BLACK JIJABS. DOGMAS, PAPACY BONUS, REMOTE BODY CONTROLLERS, CHURCH SLAVERY, ILLED PURITY, OPPRESSION, RANCID NEURONS have gone with the WIND. LIBERALISM is a question of SURVIVAL. The SAME SEX MARRIAGE is on the WAY and on everywhere NEEDS. The TECHNOLOGIAL ERA requires EARTHLY REALITIES and not TALES STORIES TELLERS. TECHNOLOGY has over the OMNIPOTENCE of GOD and those WARRIOR MONKS who HIDE in their INVISIBLE CASSOCKS to carry on the ASSAULTS on REASON, PUBLIC TREASURY, HEALTH SECURITY, PUBLIC SUBVENTIONS, MADRID COMMUNITY, PROPER EMPLYEES, POOR NATIONS, FREEDOM of THOUGHTS, FREEDOM of CHOICE, HUMAN JUSTICE, WORLDWIDE DOCTRINES, HONOUR, DIGNITY and HUMAN RIGHTS. My CONSCIENCE directs me to LOVE which is the HUMAN UNIVERSAL LANGUAGE, JUSTICH that is the POOR FOOD and PEACE which is the FRUIT of thy LOVE and JUSTICE. SANTIAGO ESCRIVÁ DE BALAGUER has been identified with SPIRITUAL and MEDICAL TERRORISM. ACTIONS speak much LOUDER than WORKS and the BARKING of STRAY DOGS. KIDNAPPING and HOMICIDE TRIALS should have been LEARNT at the ESCRIVAS. They are HEARTLESS and SOULESS. The TEACHINGS of OPUS DEI are WELL KNOWN for JUSTICE and LAWS. When the FORCE of POWER overcomes the POWER of JUSTICE, there will be NO LOVE, NO CONCEPTS, NO PRECEPTS, NO IDEOLOGY, NO THEOLOGY, NO ISLAM, NO CHRIST AND NO CHRISTIANITY.
.